The glass ceiling hasn’t been obliterated into tiny shards just yet (we can but dream), but there’s been a definite rise in #girlbosses in recent decades. Perhaps this is just another signal of a world in which the empowerment of women is on the rise? We’d hope so, although the recent news that there are still more men called Dave running top Australian companies than women in 2017 shows we still have some way to go, in both our country and the rest of the world.

As depressing as it may be that having XX chromosomes continues to hinder success, it’s important to keep striving in the face of adversity (while simultaneously calling out the situation for what it is), and championing the women who are leading the way as entrepreneurs and leaders.

So without further ado, here are five inspiring women in business whose stories will have you ready and raring to mastermind your own rise to the top.

As a gutsy 22-year-old who started her smash-hit clothing business Nasty Gal out of a garage in California, Sophia Amoruso has been held up as the poster child for DIY startup success. Unfortunately, the biz failed and she filed for bankruptcy in 2016, but it’s her phoenix-like comeback (we all love a rise from the ashes) that has carved out a spot for her on this list.

Amoruso’s just spawned a new female-centric company, Girlboss, which was inspired by the runaway success of her 2014 New York Times best-selling autobiographical guide to doing business. The firm launched its inaugural rally in March 2017 and has awarded grants topping $100,000 to women in industries such as design, music, art and fashion, showing how important it is for us ladies to support one another in business. And that’s not to mention that the story behind Amoruso’s epic rise – and fall – in the clothing industry is about to be turned into a Netflix series produced by none other than Charlize Theron. We’ll be watching for sure.

Brit Phoebe Lovatt gets a special mention because not only is she a freelance writer who has bagged cover interviews with Nicki Minaj for the likes of achingly hip culture mag Dazed & Confused, she uses her prominent profile as a kickass wordsmith to create the WWC – that’s the Working Women’s Club for the uninitiated – a collective for ladies to share tips on bossing it in business in the creative industries.

As an experienced moderator who’s MCed panels for Soho House and Nike, Lovatt is well placed to host events for the WWC in which she invites other inspiring women to give talks on making it in a man’s world (aka, pretty much every office). These conferences and coworking meetups have been held everywhere from Paris to Taipei, to boost the participation of artistic, business-savvy women all over the globe – despite the company being based in New York.

Jess Lee got her initial job at Polyvore, a website allowing consumers to shop outfits and interior design tableaus put together by its users, by emailing one of the founders to ask for certain tweaks to be made to the site. With four years as a project manager at Google under her belt, the Stanford Computer Science graduate became the company’s first hire and was promoted to CEO – and made an honorary co-founder – just a few years later.

After Polyvore was acquired by Yahoo (it launched in Australia under its new owner just last year), Lee became one of the most important – and most recognised – leaders in the field of fashion technology. And as if that’s not enough, she was picked as the first female investing partner at the hugely prominent venture capital company, Sequoia Capital, in late 2016, which dominated headlines in the tech media at the time. The Hong Kong-born businesswoman also uses her profile for good, having spoken out – quite rightly – about the lack of diversity in the fashion world to high-profile magazines like Forbes.

This 20-year-old became a teen sensation when she made her first push into the world of online writing at just 11 years old with a surprisingly sophisticated fashion blog. Fast-forward four years later and, having developed a more politically-based, feminist viewpoint, Tavi Gevinson launched Rookie Magazine, pretty much the online bible for teen girls, which is more likely to give guidance with articles on becoming community leaders than how to wear makeup to attract boys (#refreshing).

As a voice of her generation, she’s also given inspiring TED talks and is extremely supportive of the members of her community of young women, often publishing reader submissions on Rookie and giving young women their starts in journalism, an incredibly challenging industry to break into. Gevinson is now making her foray into acting in plays by night, while running her pioneering magazine by day.

A move to Melbourne flicked the switch on Scottish developer Ally Watson’s thriving startup. As an expat she sought out tech meetups but was disappointed that the participants were mostly men – so she created her own aimed at women. When 110 people showed up to the first event, it sparked the idea for Code Like A Girl, a company which tutors women who want to learn how to code.

To keep these workshops as accessible as possible, Watson seeks out sponsorship from tech businesses, with a view to keeping tickets at an affordable $15 per sesh. As a woman in such a male-dominated industry, she says she also enjoys shattering stereotypes and breaking down barriers. And she’s refreshingly down to earth to boot. “I try to be honest about what I do and make myself vulnerable by talking about my failures,” she told the SMH. “There’s a tendency in the tech community not to do that.”

These five entrepreneurs are just a handful of amazing women who keep striving and thriving every day. Who would make it onto your list? Let us know in the comments below. 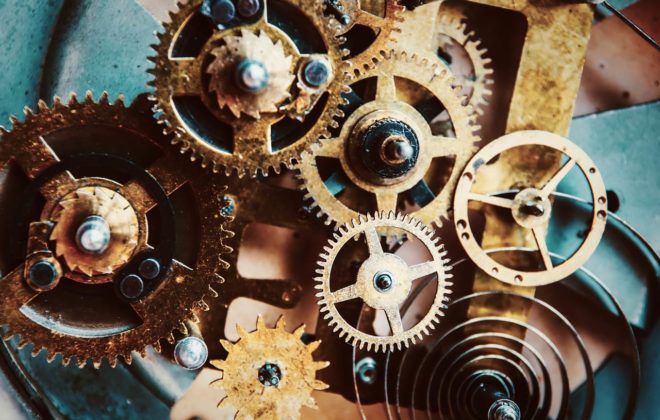 Advisor burnout: how to get more done when you just can’t stop